Home How To How to Control the Camera in your Phone

How to Control the Camera in your Phone

Hello Fellow Photographers! In photography you have certain controls within the camera that allow for “effects”, mood, and image interest. Today let’s explore the basic camera controls, what they do, and how you can control these on your phone camera.

Often when I capture a interesting shot, I am asked what I used to take the image. As if somehow my gear was doing all of the work. Trust me, you can go buy the newest mirrorless camera on the market or a top of the line DSLR and that does not mean you will be able to make the same capture or quality of capture. 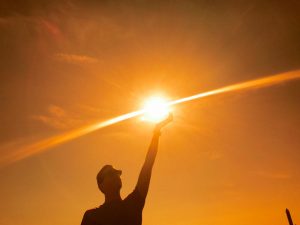 Your main medium as a photographer is light. I think this concept is perhaps the most essential to improving your photography and making good photographs. Having this in the back of your mind mind forces one to be looking for light first before anything else.

Ask yourself where is it coming from? Is it harsh and bright? Is it diffused? Is it that amazing golden hour light that is oh so flattering? Based on these questions you make all other decisions.

Exposure is how much light you let into the camera for how long (duration).

Overexposed images are very light in certain areas and have “blown out” sections, meaning the area that they are white contains no pixel information because the light was too strong for the image sensor (or back in the day film speed and your negatives were too dark)

Underexposed images are very dark. Meaning they did not get enough light and therefore do not show all of  the desired subject. Underexposed images taken with the phone or some digital cameras can also turn out grainy or blurry due to the camera trying to compensate and open up to let in more light. 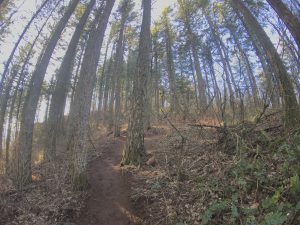 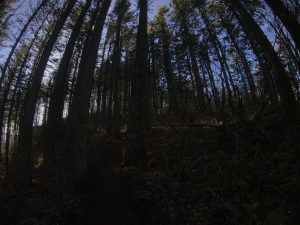 An ideal exposure will have dark darks and white whites with a beautiful tonal range of color or gray in between. Some of the time this can be challenging. Let’s say you have a landscape with a brilliant sky, but a dark valley. A common problem; so how do we adjust in our phones before taking the picture instead of post processing?

This is where the HDR feature comes in. HDR stands for High Dynamic Range. What this means is that the camera captures a range of images and layers them on top of each other. In the phone, the camera will typically capture three images EACH at a different exposure in order to allow both the foreground and background, in the case of our example, valley and sky , to be seen without being underexposed or overexposed. Notice in the tree below the sky is white in the one without HDR and blue with HDR. 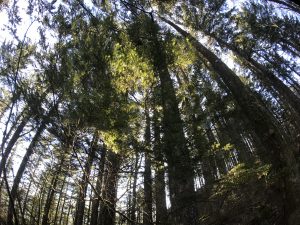 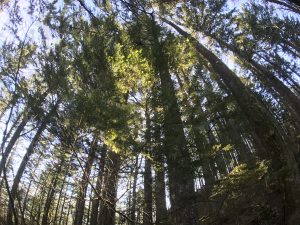 #3 The Three Things that Control Exposure

In traditional photography you have 3 controls in your camera to control your exposures. It is still important to understand these concepts for any camera you may pick up.

The first is ISO, or back in the day Film Speed. This number ranging from 100-3200 means how sensitive the Film is to light. In the digital sense and on your phone this is how sensitive your image sensor will be set. ISO cannot be controlled from any phones built in camera, but there are many apps that allow one to adjust ISO.

Your phone chooses this for you unless you use a third party app. For traditional controls over the camera especially a focus on ISO I would recommend the app Darkr. A follower and fellow photographer told me about this app a few months ago and I love it for the ability to use a “traditional” camera, the light meter and ISO controls.

The second control is aperture. This is the hole or opening that allows the light in. This can range from a open aperture of f2.8 all the way to a closed aperture of f16 or f22. (The numbers are not intuitive I know). These are called f-stops or stops. If you hear a photographer say they were able to “stop down” and get the desired mood, it means that they changed the aperture. 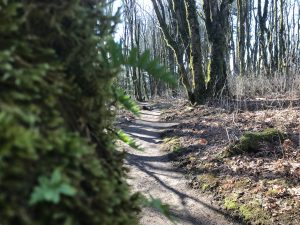 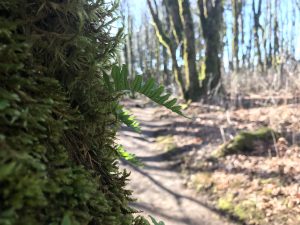 Your phone adjust the aperture or focus range when you tap the screen to identify the subject you would like it to focus on. It will then adjust the aperture for this. This sounds a bit easier than it really is and most phones tend to just keep everything in focus. Until recently….when phone companies, specifically Apple, realized this was a major problem with the phones and capturing a portrait with that bokeh (blurred background).

The portrait effect or depth effect was launched. The portrait camera on the newer iPhone models has a aperture of 2.8. It uses a separate camera in oder to create the “depth effect” or that desired bokeh depth of field.  In the Pixel 2  it does not need a second camera because instead it uses an algorithm, takes two images at different exposures (one under and one over exposed) that creates a “depth map” for the blurred effect to be placed in the background behind the image. 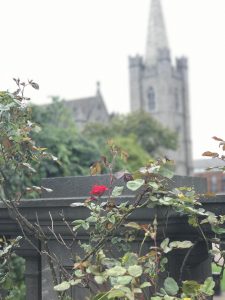 While this is an amazing feature and even the new iPhoneX boasts the ability to replace the background with a “studio” look it has some work to do for perfection.

A great app for android that allows manual controls like this including aperture is called exactly that Manual Camera. It is worth downloading to play with the traditional tools to see how it could work. Additionally, I love the Filmborn app for iPhone’s as this allow for manual focus (aperture moving for depth of field. Here is a how to on the app and here is how I use it for quick edits.

The third control is shutter speed. We have an opening, the aperture, and it can’t jut stay open for the whole time otherwise we would get no image. The shutter speed opens and closes the hole. It can open quickly or slowly…or really anything in between. 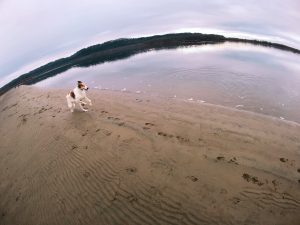 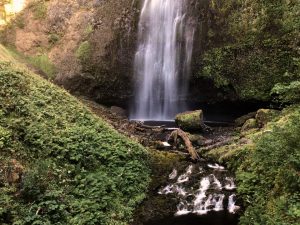 It is important to note that shutter speed has to pair with aperture. Meaning if you have a slow shutter you will need to have a closed aperture. They have to match up.

On the phone camera, shutter speed can be controlled in two ways. One, you have the option on most smart phones to capture a “burst”. This means it will take rapid shots in succession at a fairly high shutter speed. In terms of slowing down the shutter for those soft wispy waterfalls you are going to need a third party app.

I love the Slow Shutter app for the iPhone. This is the main one that I have been using. Here is a how to video below:

Control and What it Can do for your Photographs 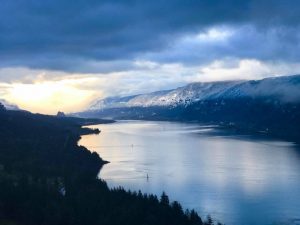 Those are all of the basic camera controls. So now you know when you tap that screen and drag the little yellow sun up and down, lots of things are happening in order to let less light in or more light in.

Once you understand the controls, you can begin to manipulate them to create effects. Mood is important and created by two things. One is the subject or object such as a solitary bench or a puppy each bring in a different mood to the image like loneliness or happiness.

The second is lighting. Lighting is your medium and can inspire various moods. Now with all the controls in your hand LITERALLY, you can give it a shot.

My last question for you all is what apps do you use that allow you to access the manual controls I talked about here? I would love to hear your favs.

The General Gear a Phone Photographer Carries: What’s in My Backpack?

How to Capture a “Soft” Waterfall on your Phone

How to Photograph in the Rain on your...

Pet Photography Tips and Tricks: How to Photograph...

Finding Words to Describe Your Photography: How to...

Ultimate Gift Guide for any Photographer

How to Fake a Cyanotype on Your Phone

The Easiest Subject to Photograph

How to Use the Camera in the Filmborn...

Portrait Mode in the iPhone 7 Plus: Pros...